I Wanna Hold Your hand

We Must Forgive, But We Must Never Forget 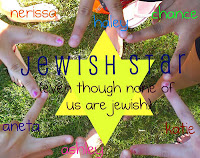 On Veterans Day I went to the local Messianic Temple to worship our Lord and there was a man there named Peter who was born in a concentration camp. He came to share his story with the congregation and I was blessed to visit on such an honorable occasion. Peter had the sweetest spirit I have ever seen, he had a kind gentle voice and a smile that could warm the coldest heart. Peter told one horrific story after another about the inhumane things that happened to him in this camp and I squirmed in my seat finding it hard to listen never less experience. He shared his story from the beginning, stories like the way his skull was opened and drugs filled his body to watch the reaction or the endless beatings for no reasons. He talked about unborn babies that were cut form their mother’s wombs and how he was thankful his mother was spared that horror. The emaciated bodies that were piled high with some still barley breathing. I would begin to feel sick and Peter would solemnly pause and with love and compassion say “we must never forget, but we must forgive.” He would wait a moment for us to take in his words before he continued.
He shared about the beatings he watched the Nazi soldiers do to his parents and how cold it was in the camps. He shared how they took women outside naked in 30 below zero weather and poured water on their feet to watch their toes break off. As a five year old he watched his best friend a six year old little girl being raped by multiple soldiers. He would pause and warmly look at us and say “we must never forget, but we must forgive.”
He shared his final days in Poland and the beatings that followed before arriving in the United States to be reunited with his mother who he only had vague memories of. His hopes of a better life were quickly crushed as he arrived in the States only to be greeted by the Klu Klux Klan and another life of hate and rejection. Peter had no idea why he was hated and didn’t speak English to even begin to understand.
When you didn’t think you could stand another moment of his story again Peter would pause and say “we must never forget, but we must forgive.”
Peter shared the later part of his testimony and going back to the concentration camp with his family and the emotions it brought up inside of him. Honestly Gems I don’t know how he even went back. He said he got physically ill and had his son take him back to the hotel they were staying at. Peter went on to tell how the Lord spoke to him and told him to go back to the camp. Peter asked the Lord what he missed and asked him to show him at the hotel as he didn’t want to go back. He shared this part of the story with a lump in his throat and tears in his eyes and it was all I could do not to run up and hug him. The Lord told him he must go back to the camp and forgive those who tortured him and he understandably said no. He did end up obeying the Holy Spirit and returning the place of his pain. God told Peter that he understood the pain and rejection he endured and reminded him of what Jesus suffered on the cross for all of us. The Lord told Peter he needed him to forgive so his sins could be forgiven.
Peter said he fell to his knees and forgave the Nazi soldiers and every vile person who caused so much pain and suffering to Peter and the Jewish people. Peter then told us how an overwhelming love began to pour into him, a love so strong he could not contain it all. This was the same love, all these years later, which is still pouring out of this brave and humble man.
When he finished he was laughing and crying at the same time and invited anyone who wanted to come forward and he would pray for them. There was an older man in the congregation whose grown son helped him up and held the arm of his frail body as they made their way to Peter. This man also spoke Polish and when he got to Peter he wept and hugged Peter then gently kissed him on the cheek. The embrace was so heart felt you knew at that moment these men shared something the rest of us could never and I hope will never understand.
When it was my turn I also wept and hugged Peter and told him how sorry I was for all that happened to him. Again he looked at me with eyes that I know represent my sweet Jesus. Eyes of love and forgiveness and he just hugged me back and reminded me of our Savior’s love and what He did on the cross for me.
I decided to spare you Peter’s entire story but I pray you will not disregard the message. Gems we must never forget the past but we MUST forgive as our Savior forgives.
Posted by genasjewels at 8:32 AM No comments:

I Can't Do This Alone

I see their faces, look in their innocent eyes
They're just children from the outside
I'm working hard, I tell myself they'll be fine
They're independent
But on the inside, I can hear them saying

"Lead me with strong hands
Stand up when I can't
Don't leave me hungry for love
Chasing dreams, what about us?

Show me you're willing to fight
That I'm still the love of your life
I know we call this our home
But I still feel alone."

So Father, give me the strength
To be everything I am called to be
Oh, Father, show me the way
To lead them
Won't you lead me?

I'll show them I'm willing to fight
And give them the best of my life
So we can call this our home
Lead me, 'cause I can't do this alone

Father, lead me, 'cause I can't do this alone

Gems we can't lead them successfully without being led by God ourselves. My prayer today is that all of us will fight and pray for our kids. If you don't have kids, get involved with someone else's remember, we can't do this alone!
Posted by genasjewels at 7:12 AM No comments: