And by the way now that I'm back to using my own name (most of the time) I looked up the meaning of it:

Posted by genasjewels at 7:57 AM No comments:

It's Greek To Me


I'm dong a study by Ken Ham called Foundations and it's pretty eye opening. You know when I'm learning things I like to share them with you so here goes.

Gena translation of what I studied so far.
The issue we are having today in reaching the lost is we are trying to change our culture. We are supposed to preach the gospel and make disciples not change the culture.
Mark16:15 And He said to them, "Go into all the world and preach the gospel to every creature.

We are spending time, money and effort on trying to change the symptoms of our culture instead of preaching the gospel. We want to talk about abortion, gay marriage, and religious teachings that don't honor God. What we need to be learning is what is the root of these issues. What is the foundation?
It's no different than when we talk about an individual who is addicted to drugs or alcohol, we say that's the outward symptom but what is the root of the problem.
We spend tons of money going to counselors and psychologist trying to get to the bottom of things. I know I had my own counselor bills.
I am restudying the book of Acts. I'm not going to give you all the verses but I do want to point out parts a few key ones. As always I strongly suggest you read the chapters for yourself.
Acts 2
5 Now there were staying in Jerusalem God-fearing Jews from every nation under heaven.
14 Then Peter stood up with the Eleven, raised his voice and addressed the crowd: “Fellow Jews and all of you who live in Jerusalem,
21And everyone who calls on the name of the Lord will be saved.’
22“Fellow Israelite, listen to this: Jesus of Nazareth was a man accredited by God to you by miracles, wonders and signs, which God did among you through him, as you yourselves know. 23This man was handed over to you by God’s deliberate plan and foreknowledge; and you, with the help of wicked men, put him to death by nailing him to the cross. 24 But God raised him from the dead, freeing him from the agony of death, because it was impossible for death to keep its hold on him.
36 “Therefore let all Israel be assured of this: God has made this Jesus, whom you crucified, both Lord and Messiah.”
37 When the people heard this, they were cut to the heart and said to Peter and the other apostles, “Brothers, what shall we do?”
38 Peter replied, “Repent and be baptized, every one of you, in the name of Jesus Christ for the forgiveness of your sins. And you will receive the gift of the Holy Spirit.

41 Those who accepted his message were baptized, and about three thousand were added to their number that day.

Peter preached the gospel. He didn't talk about the social issues that were going on in the culture at the time, he didn't have to introduce who God was and the Bible says that 3000 were saved!!!
When was the last time you went to a church service and only the gospel was preached and a large number of people accepted Christ as their Savior?
Why is that?
Probably because you were in a service with a bunch of other “Greeks” who don't know anything about the Old Testament teaching of who God is and how we all got here.

Let's move on to Acts 17 where we will find Paul teaching.

While Paul was waiting for them in Athens, he was greatly distressed to see that the city was full of idols. So he reasoned in the synagogue with both Jews and God-fearing Greeks, as well as in the marketplace day by day with those who happened to be there. A group of Epicurean and Stoic philosophers began to debate with him. Some of them asked, “What is this babbler trying to say?” Others remarked, “He seems to be advocating foreign gods.” They said this because Paul was preaching the good news about Jesus and the resurrection. Then they took him and brought him to a meeting of the Areopagus, where they said to him, “May we know what this new teaching is that you are presenting? You are bringing some strange ideas to our ears, and we would like to know what they mean.” (All the Athenians and the foreigners who lived there spent their time doing nothing but talking about and listening to the latest ideas.)
Paul then stood up in the meeting of the Areopagus and said: “People of Athens! I see that in every way you are very religious. For as I walked around and looked carefully at your objects of worship, I even found an altar with this inscription: to an unknown god. So you are ignorant of the very thing you worship —and this is what I am going to proclaim to you.
“The God who made the world and everything in it is the Lord of heaven and earth and does not live in temples built by human hands. And he is not served by human hands, as if he needed anything. Rather, he himself gives everyone life and breath and everything else. From one man he made all the nations, that they should inhabit the whole earth; and he marked out their appointed times in history and the boundaries of their lands. God did this so that they would seek him and perhaps reach out for him and find him, though he is not far from any one of us. For in him we live and move and have our being.’ As some of your own poets have said, ‘We are his offspring.’
“Therefore since we are God’s offspring, we should not think that the divine being is like gold or silver or stone—an image made by human design and skill. In the past God overlooked such ignorance, but now he commands all people everywhere to repent. For he has set a day when he will judge the world with justice by the man he has appointed. He has given proof of this to everyone by raising him from the dead.”
When they heard about the resurrection of the dead, some of them sneered, but others said, “We want to hear you again on this subject.” At that, Paul left the Council. Some of the people became followers of Paul and believed.

Notice in this account Paul doesn't just preach the good news, he goes all the way back to explaining who God is. He had to teach the Greeks His Jewish background.
He could have preached that same sermon today as we too are a people with many god's. We leave services every week with people sneering and asking what we're babbling about. And just like that day, thousands aren't saved. Just some of the people become followers.
The interesting thing I learned was Peter was talking to Jews who had the same foundation. They knew the one true God so he only had to share the part of Jesus and refer to the Old Testament to back up his facts.
Today, we like Paul are teaching the Gentiles. You and me. We don't have a foundation of one true God.
Our President said in a speech he gave, “we are no longer "just" a Christian nation, but a nation of many other faiths as well.” Whether you like him or not what he said is true.
We have many faiths just like the Greeks Paul met. We can't begin the gospel at the same starting point as Peter did with the God fearing Jews. We have to go back to Genesis like Paul did when sharing with the Greeks.
Our churches are starting with Jesus and there is no foundation of who Jesus is or why we should believe in Him. We water down the word of God and make church more entertaining to attract the culture instead of teaching the culture, ourselves included, why we serve the one true God. Why is there sin? Why do we need to be saved from it? What are the facts of what your teaching? All of this in found in Genesis and knitted together throughout scripture.
We have no foundation.
Psalm 11:3 When the foundations are being destroyed, what can the righteous do?”
I am so guilty of saying to my older kids, it doesn't matter how old the world is or how the earth was populated, but that's not true. It is important and that's why our kids think we have Bible stories and the world teaches “real” history. We talk about Bible characters instead of Historical figures. We read them bedtime stories then send them to school to learn World History.
Gems as always I am at the top of the guilty list in this jewel.

Bottom line is we have to learn our own history. We have to stop trying to make converts and fix social issues and start making disciples.
Matthew 28:19 Therefore go and make disciples of all nations, baptizing them in the name of the Father and of the Son and of the Holy Spirit

Gems we can't walk around saying it's Greek to me, we have to reach a culture that has no foundation so they can understand the gospel and let the Holy Spirit do the rest.
I believe once we accomplish this the culture, just like me, will begin to change .

Posted by genasjewels at 1:21 PM No comments: 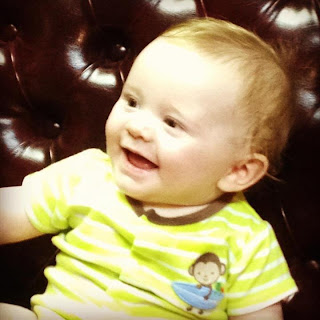 Posted by genasjewels at 11:15 AM No comments: